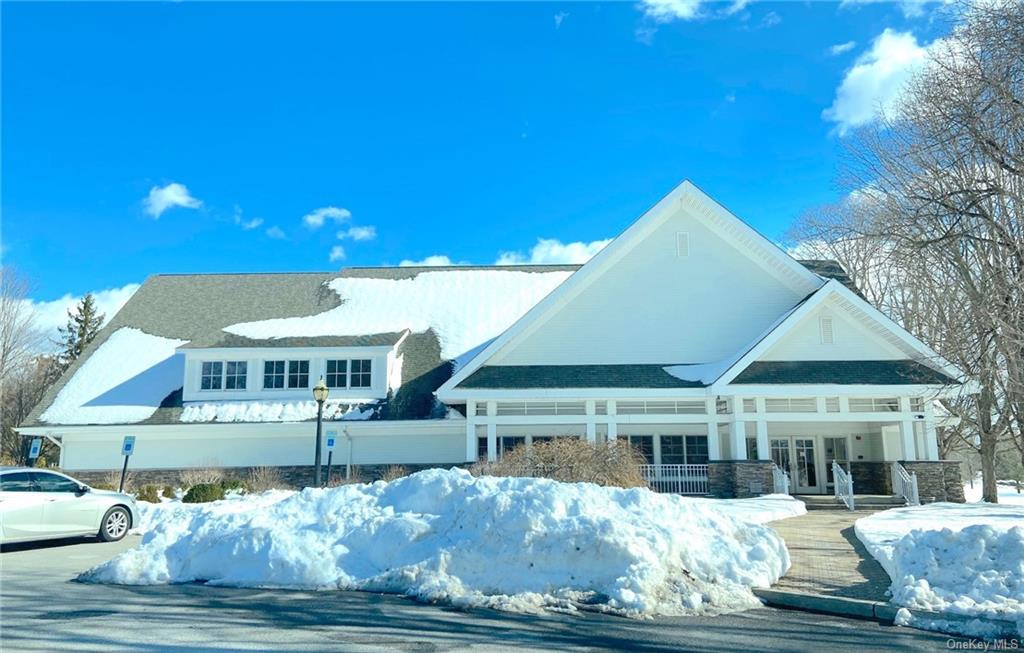 12Picture(s)
0Sqft
Former Dutchess Golf & County Club property on a picturesque 139.23 acres. The former clubhouse, currently used as an office building, is 20,181 square feet. 20 acres of the 139.23 acres is zoned BH (Highway Business). 119.23 acres is zoned R-2A. Property can be sold subject to site plan approval. The main building is wood frame construction with hardie board siding and wainscoting.
$13,000,000 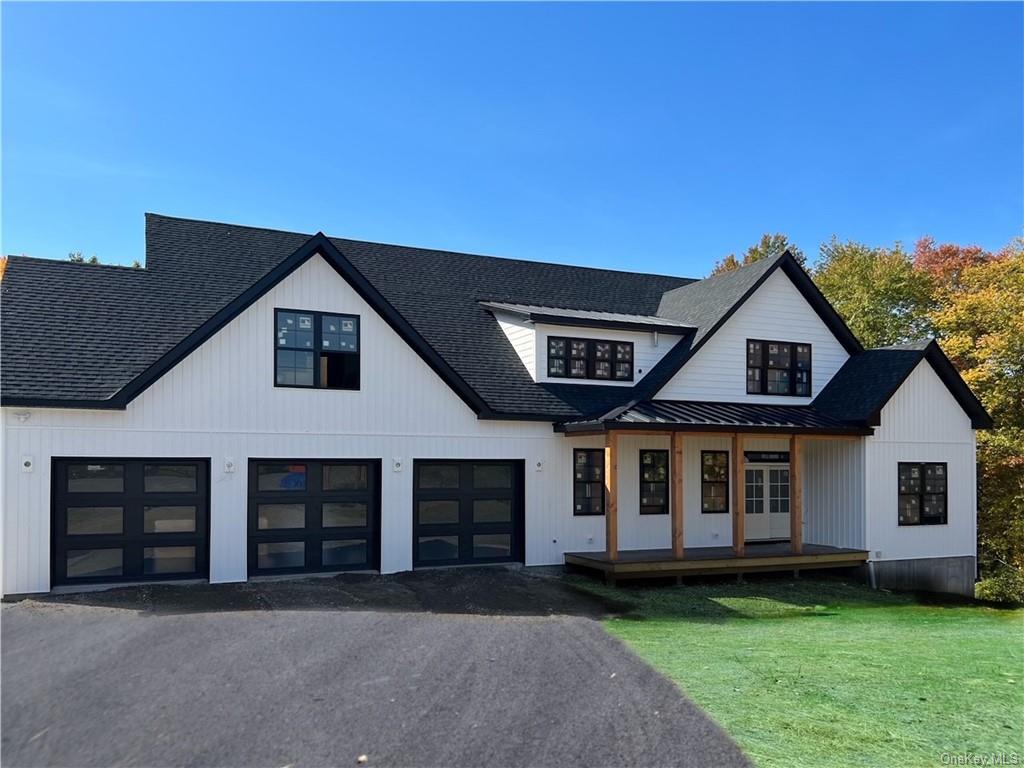 4Bedroom(s)
4Bathroom(s)
AttachedParking(s)
5Picture(s)
5,250Sqft
The Reserve at Tamarack Hill Estates is a collection of three distinct homesites for the discerning buyer. This stunning contemporary farmhouse new construction home will be completed by Jan 1. The home is sited on one of the most private lots at the end of a culdesac. The foundation features 14 foot high walk-out basement walls with a blank canvas for a buyer to finish with their finest touches.
$1,595,000 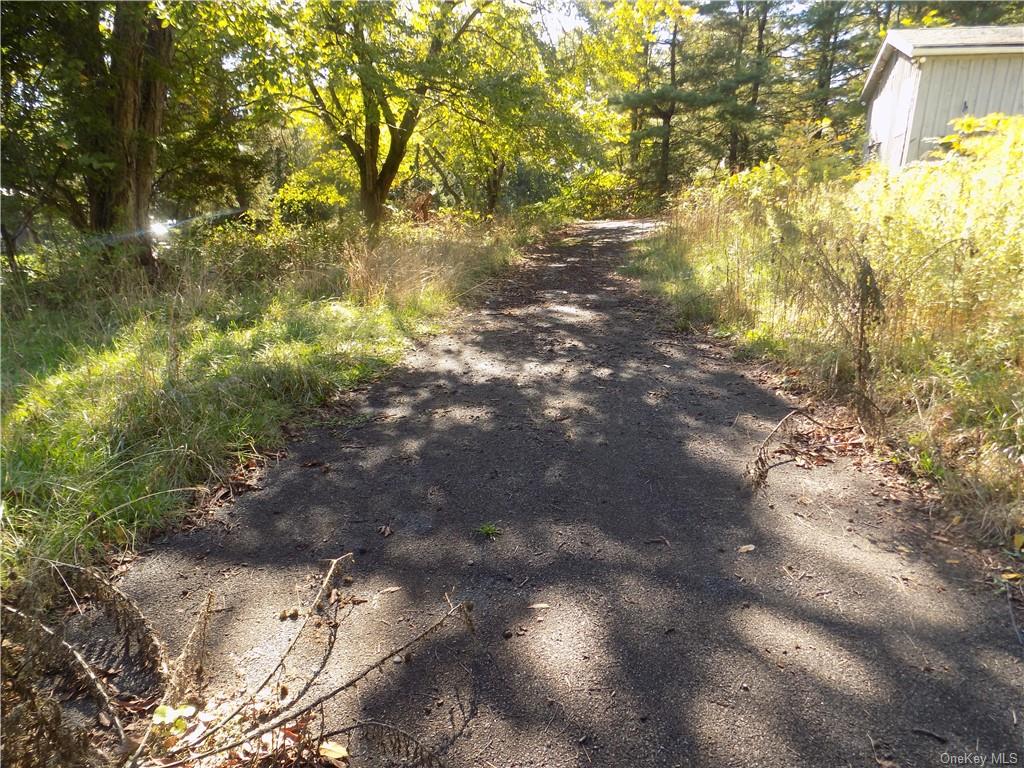 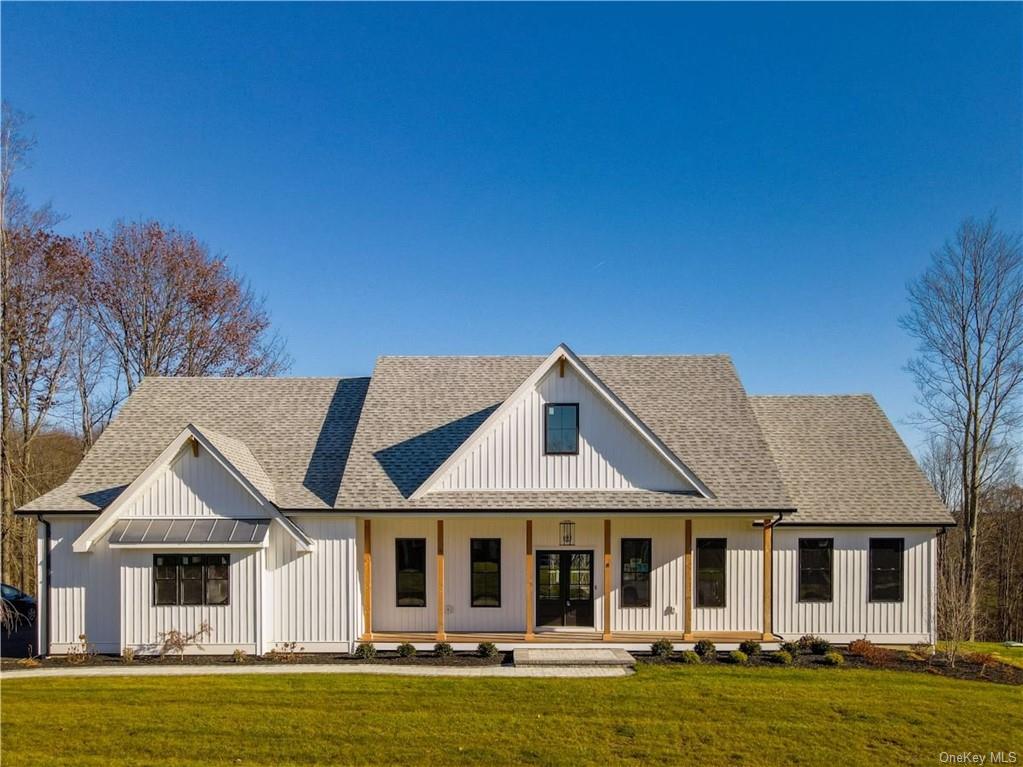 4Bedroom(s)
3Bathroom(s)
AttachedParking(s)
8Picture(s)
4,285Sqft
The Reserve at Tamarack Hill Estates is a collection of three distinct homesites for the discerning buyer. This stunning new construction contemporary, ranch style farmhouse is available summer 2023. The home will be sited on one of our most secluded lots, 8 acres of privacy nestled inside a brand-new small community of homes.
$1,495,000 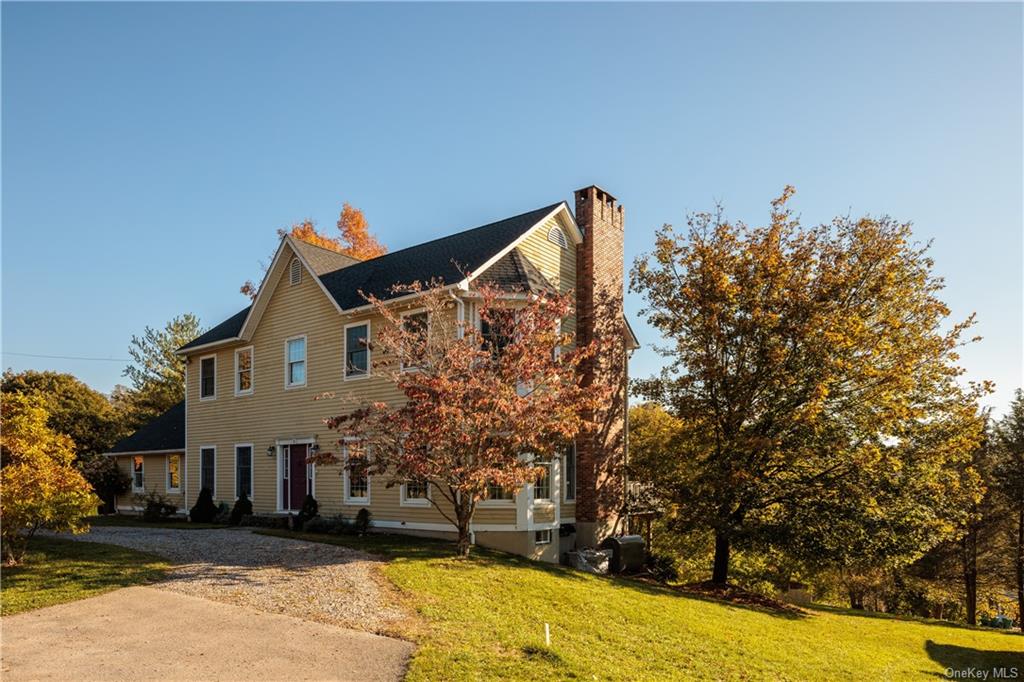 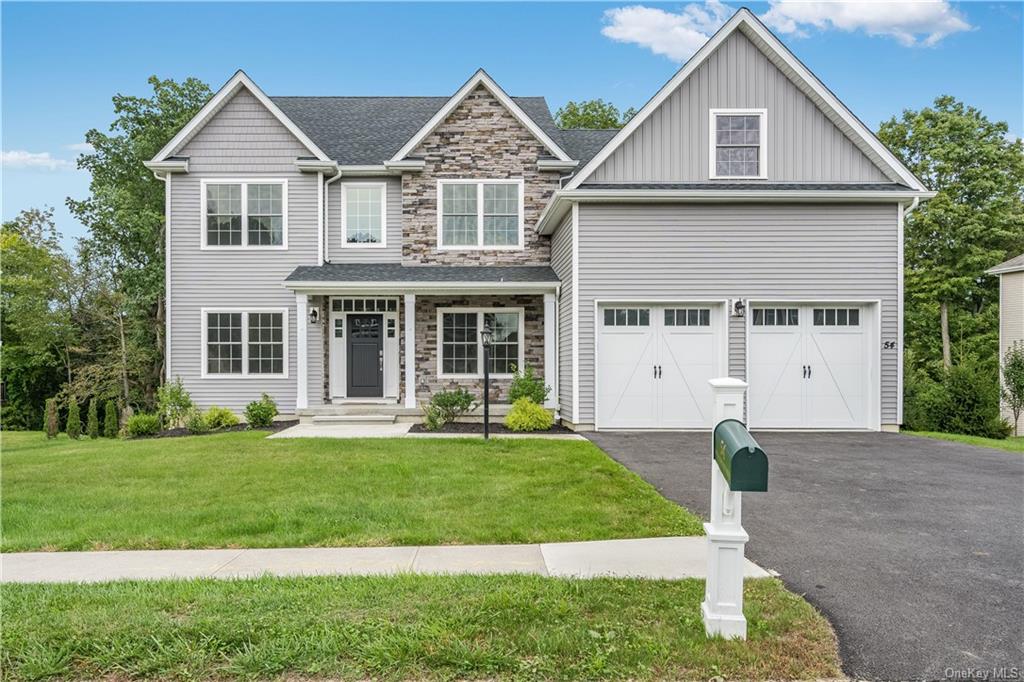 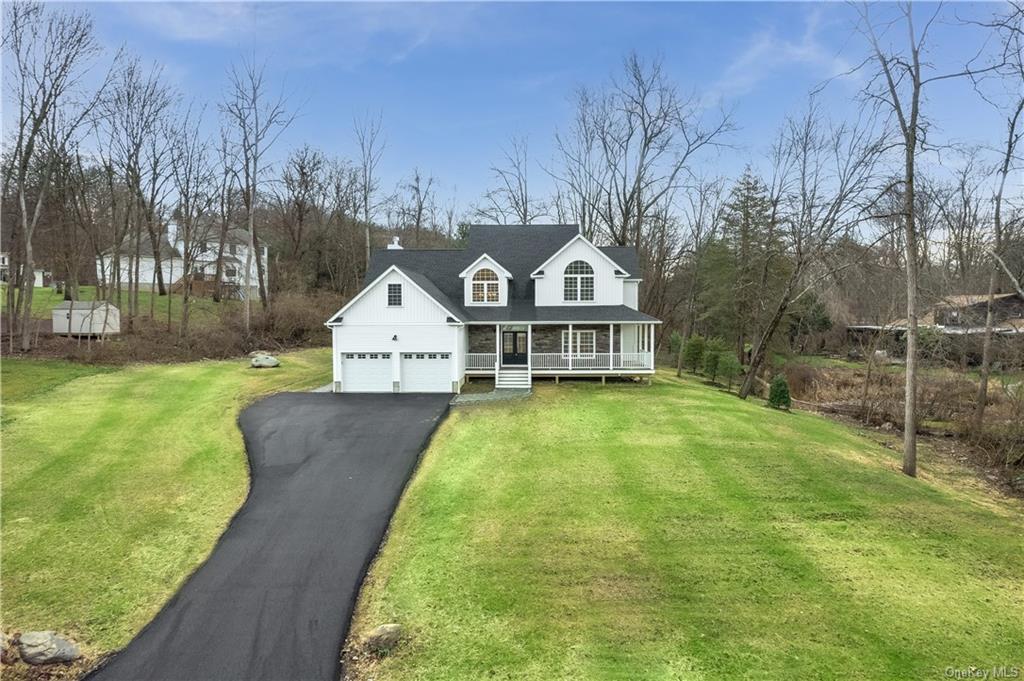 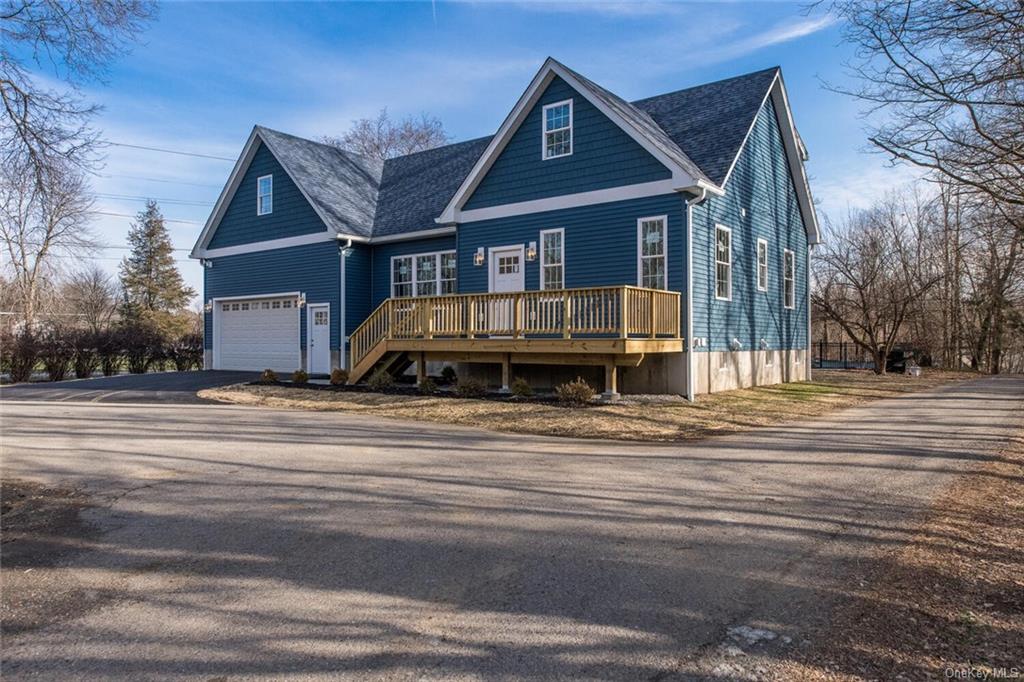 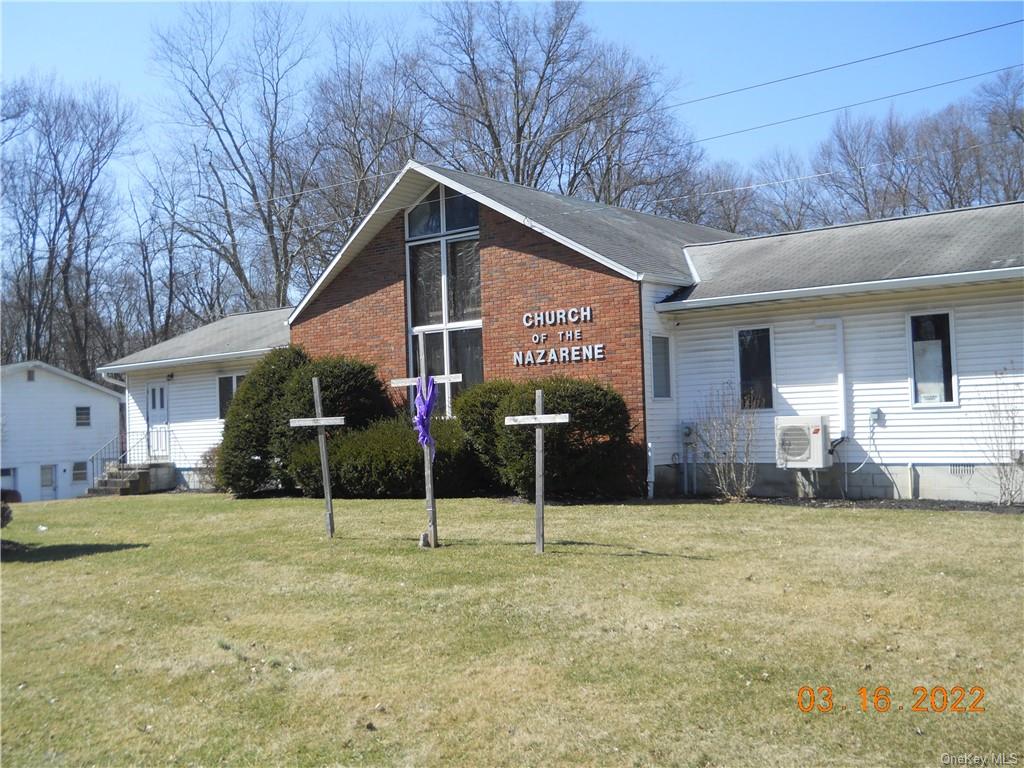 34Picture(s)
0Sqft
FULLY AVAILABLE This property consists of a 3048 sq. ft. Church building with a 3048 sq.ft. basement that has full windows due to being partially out of the ground. There are new through the wall heat / a/c units installed on both levels.( 7 units upstairs / 3 units in the lower level ) 400 amp service has been installed to support the new units.
$650,000 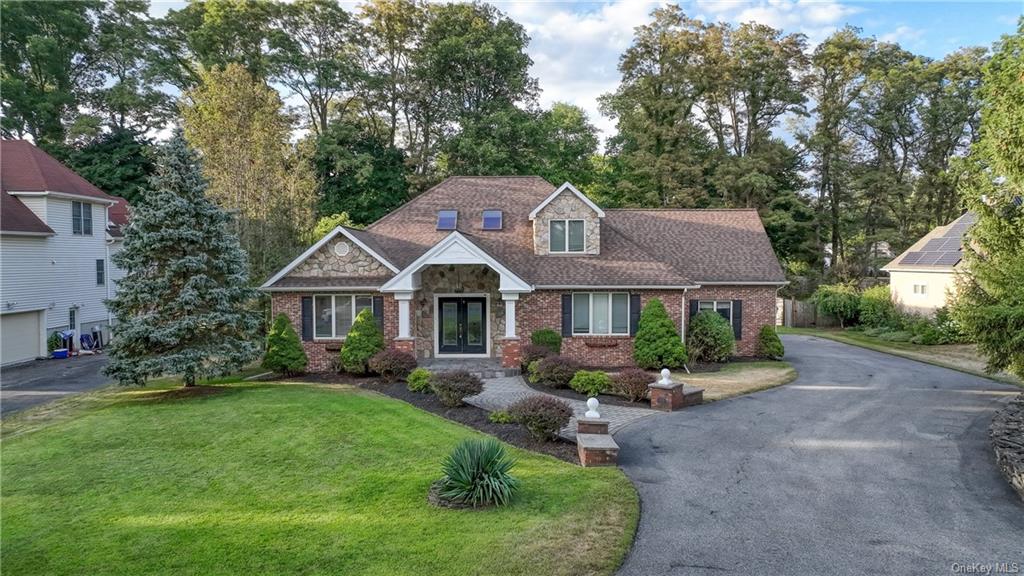 3Bedroom(s)
3Bathroom(s)
AttachedParking(s)
32Picture(s)
3,293Sqft
Magnificent Brick Contemporary Colonial with a first-floor primary suite. This beautiful home has so many unique features and offers, 3 bedrooms, 2.5 bathrooms plus a huge bonus room over the garage. On the first floor there is a huge primary suite with an extra room, currently used as a home office, large bathroom with soaking tub, and a beautifully tiled shower.
$650,000 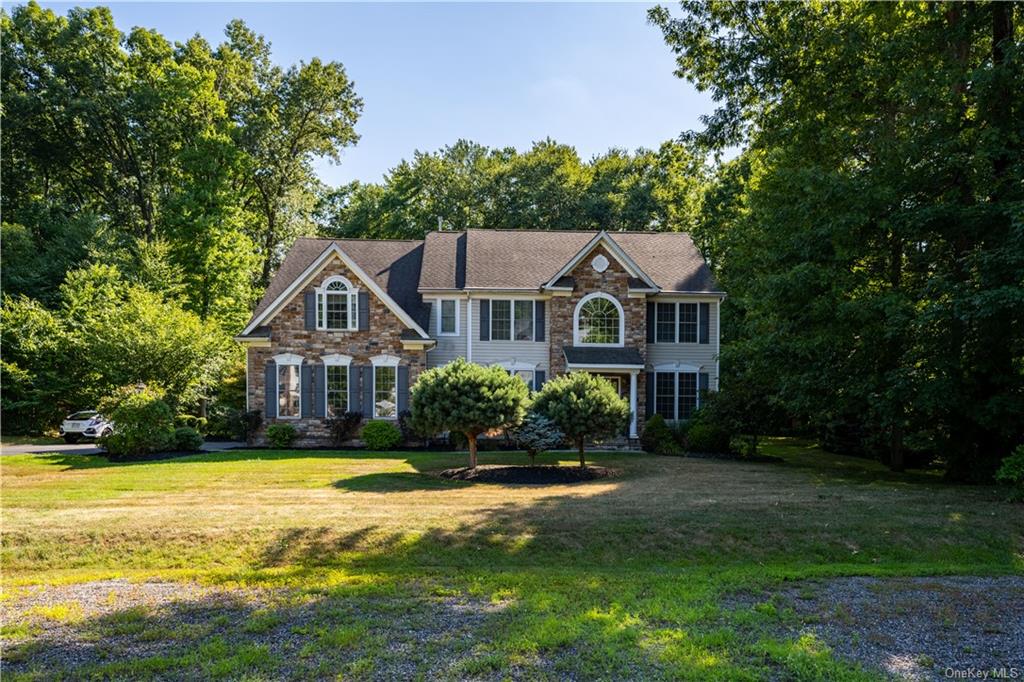 4Bedroom(s)
5Bathroom(s)
AttachedParking(s)
29Picture(s)
3,540Sqft
Welcome to 25 Logans Ct, a beautiful 4 bed 4.5 bath modern colonial set on just under one and a half acres in the Town of Poughkeepsie. Upon entering the home, prepare to be blow away by the elegant foyer with your formal living room to the right and formal dining to the left.
$625,000 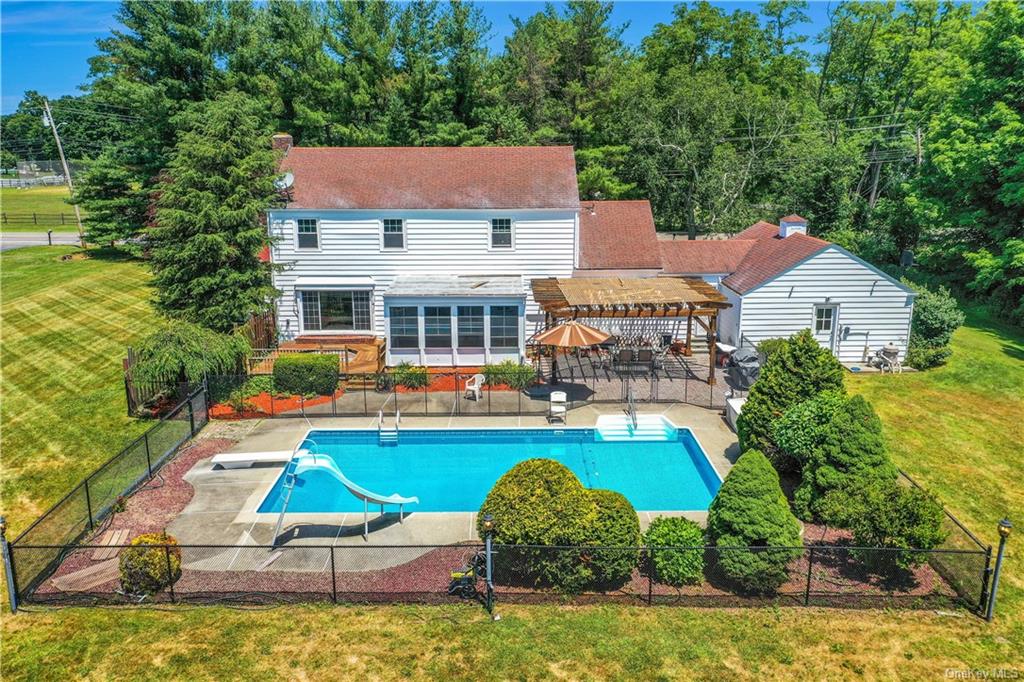 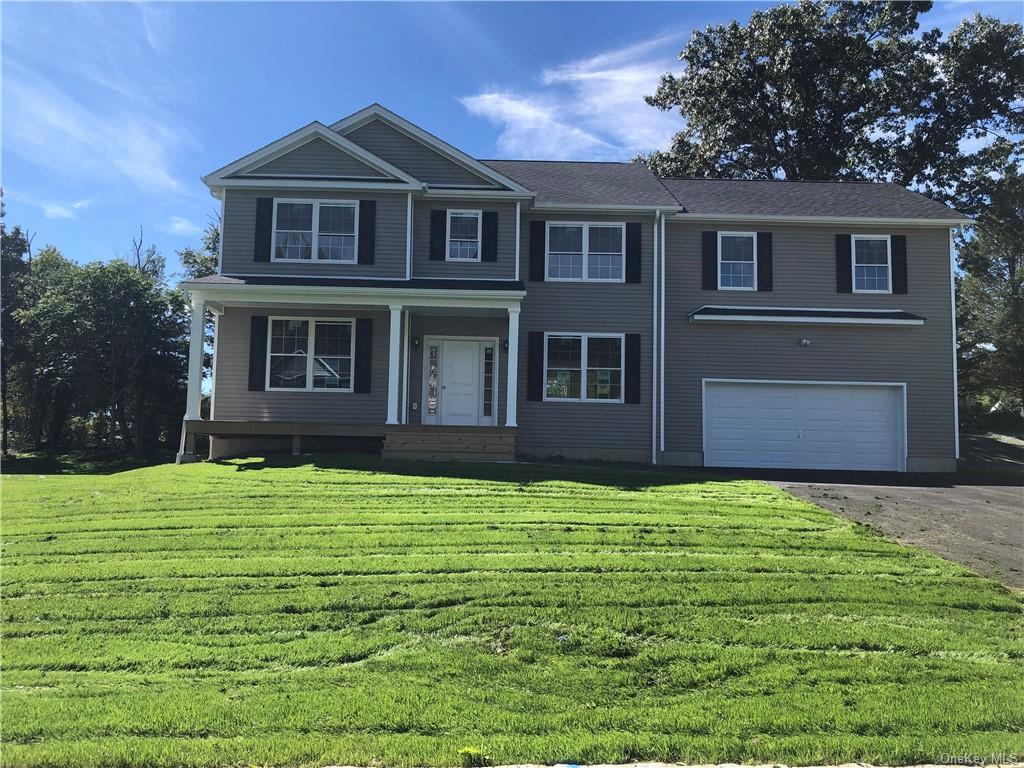 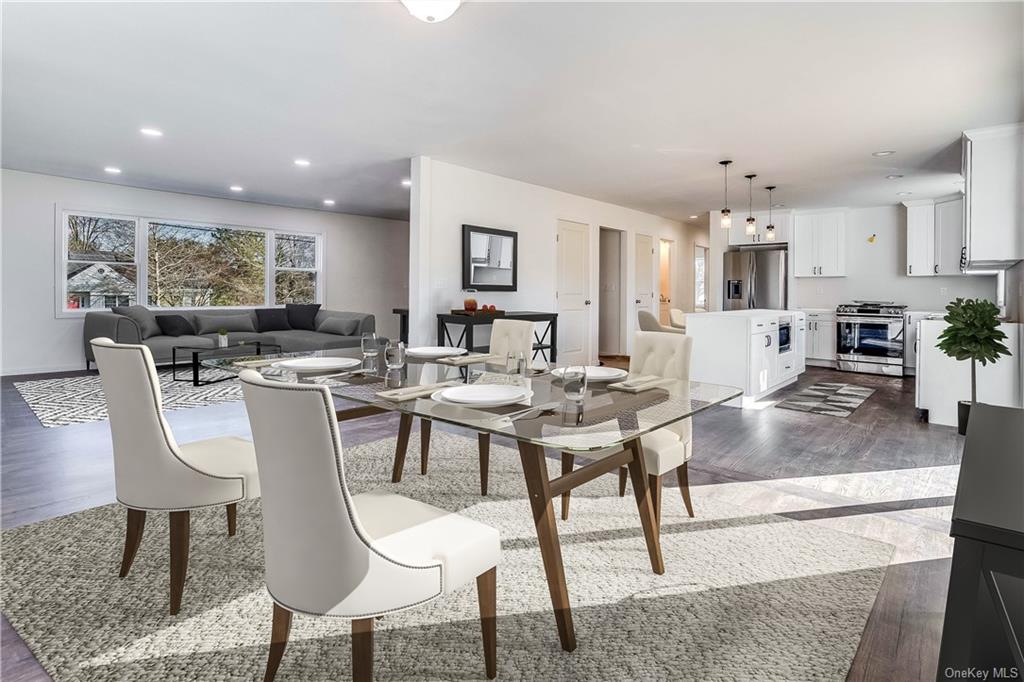 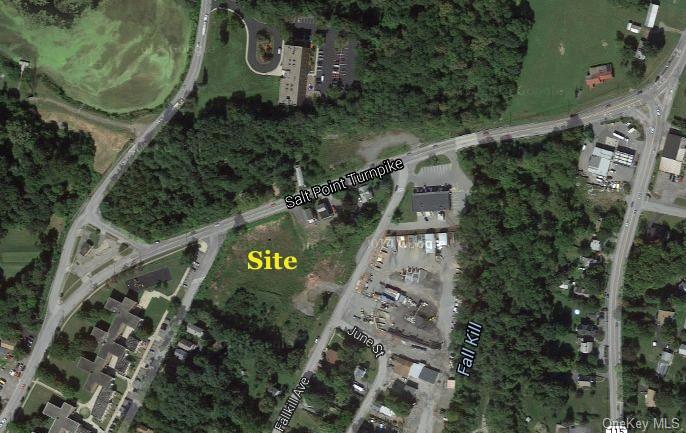 32Picture(s)
3,120Sqft
Here is a lot of house for the price! This six bedroom, three bath home has so many great features including a spacious one bedroom accessory apartment which can produce rental income or provide private accommodations for guests, roommates and friends. There is a dedicated office space perfect for work from home.
$470,000 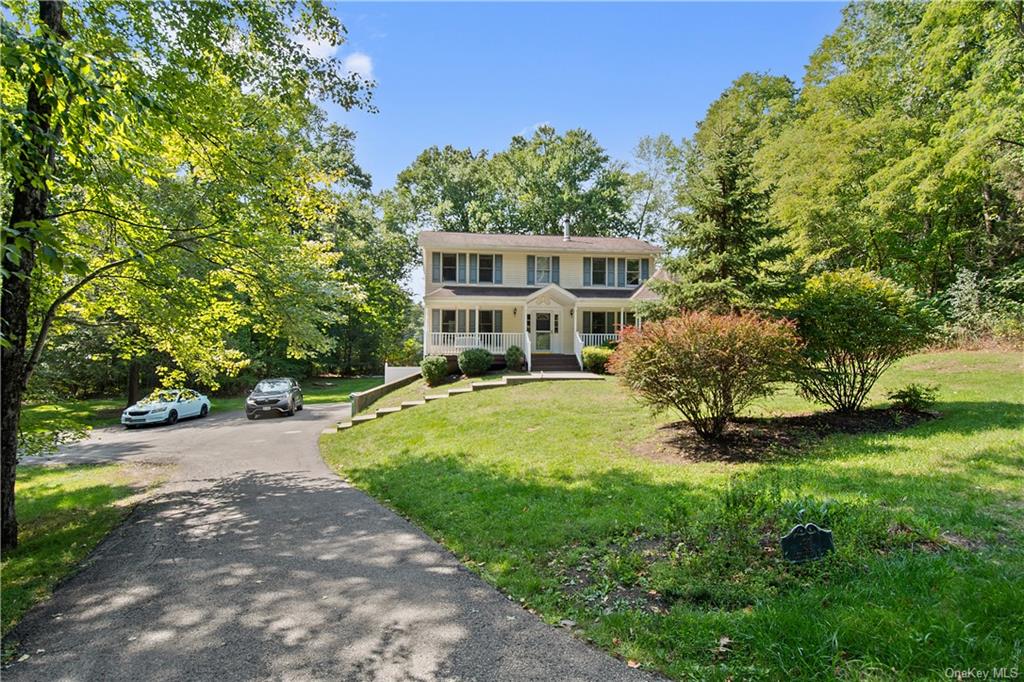 4Bedroom(s)
3Bathroom(s)
DrivewayParking(s)
36Picture(s)
1,872Sqft
Come see this one of a kind Gem! This one you have to see it to believe. This Colonial boast 4 Bedrooms 3 Baths! Right in Poughkeepsie town. With a backyard meticulously maintained perfect for entertaining! Relax poolside on your fenced in private stone patio! Deliberately designed for maximum privacy. None of the homes on this street face each other.
$459,999 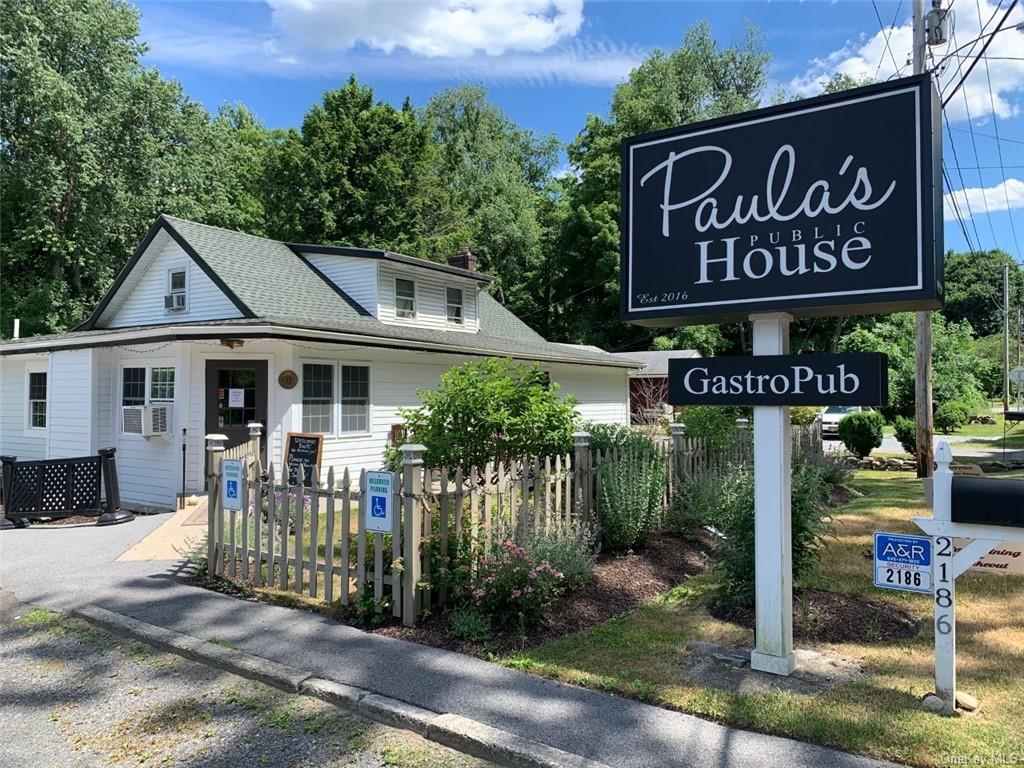 12Picture(s)
0Sqft
Paula's Public House, a highly popular restaurant in the Town of Poughkeepsie is for sale and ready for a new restaurateur to take over. This turnkey, fully equipped restaurant/bar is located off a busy street providing excellent street visibility. The property has a large parking lot that supports its 76-seat indoor dining room.
$459,999 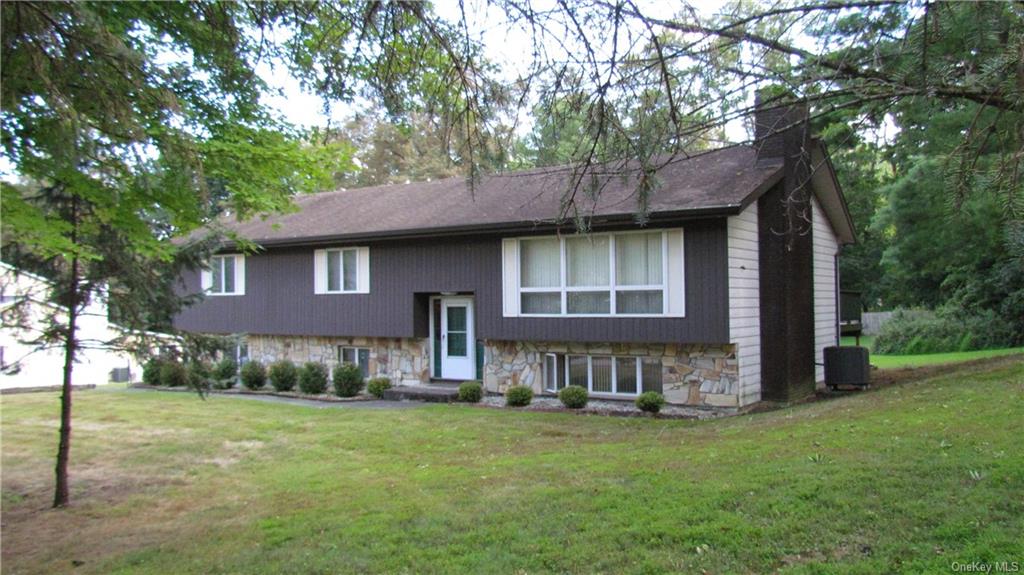 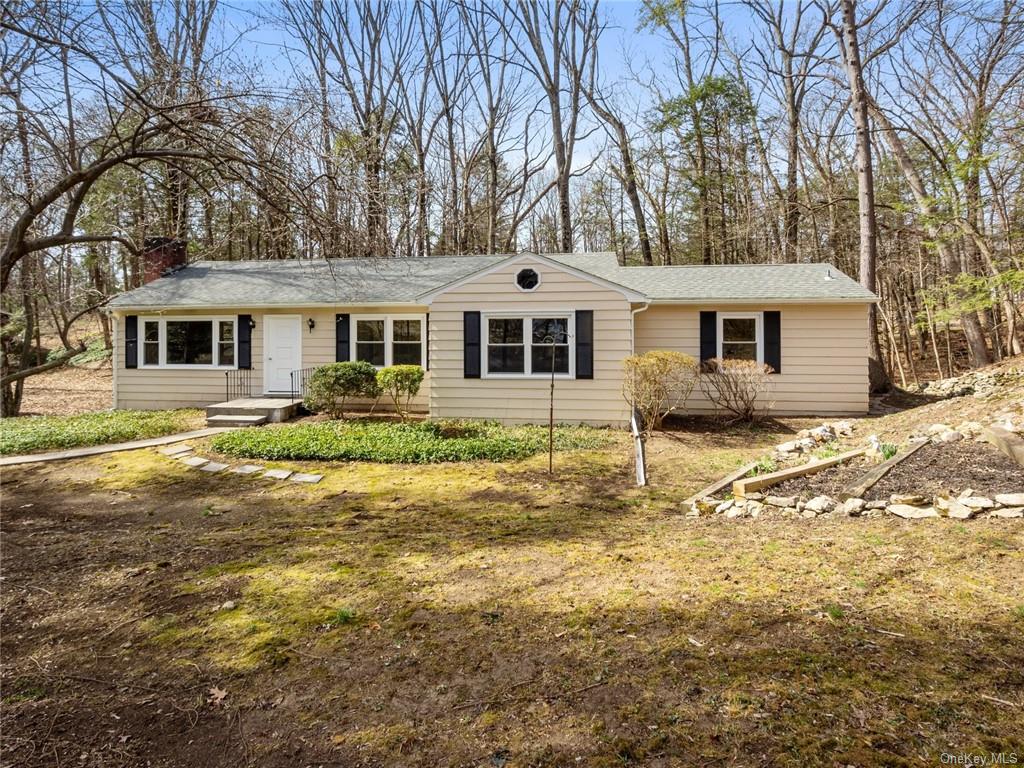 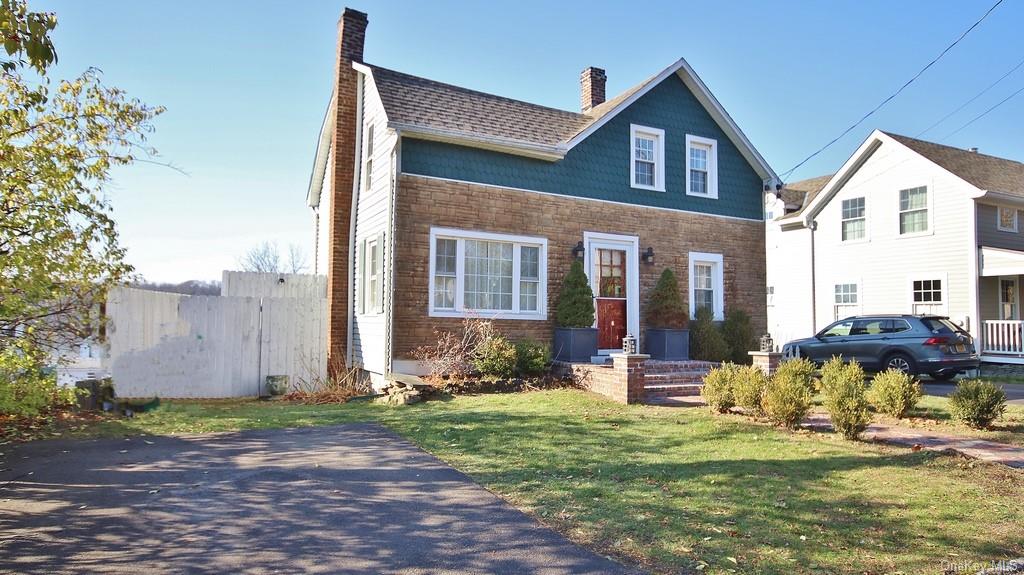 3Bedroom(s)
2Bathroom(s)
DetachedParking(s)
33Picture(s)
780Sqft
Convenient to everything that New Hamburg has to offer, the location, location, location advantages of this 3-bedroom, 2-bathroom Cape Cod are enough to earn a spot at the top of your list. Sometime during your walk-through, don't be surprised if you decide that this is the one.
$439,000 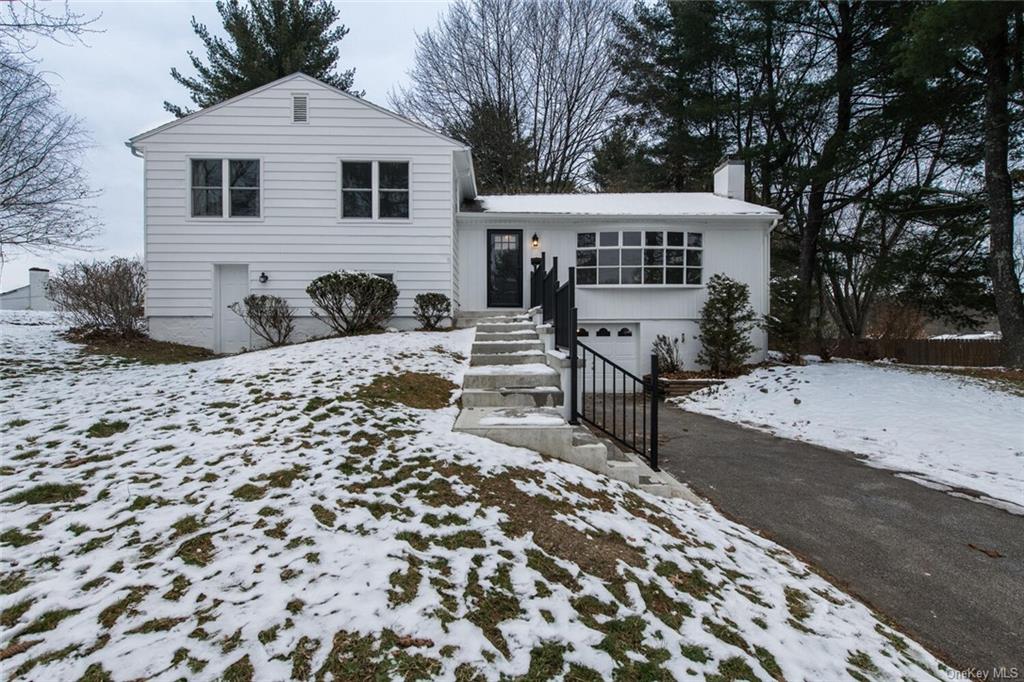 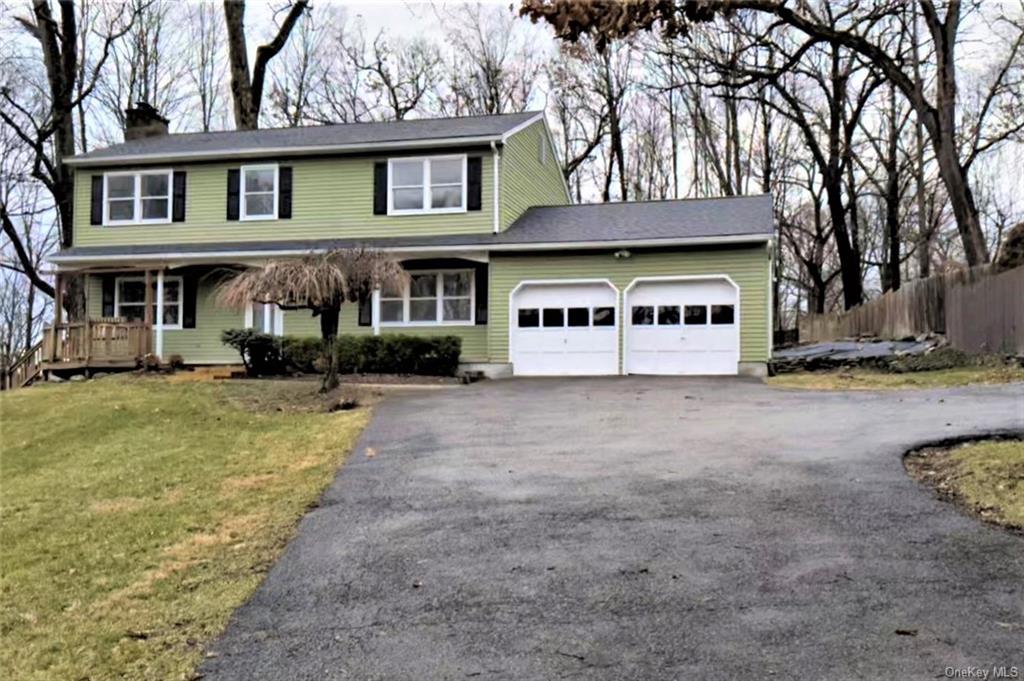 4Bedroom(s)
3Bathroom(s)
AttachedParking(s)
21Picture(s)
2,600Sqft
New roof will be going on Dec 27 to Dec. 30. May not be able to be shown as contractors are working. RARE FIND! SO MUCH UPGRADED INCLUDING UPSTAIRS BATHROOMS WITH BEAUTIFUL MODERN TILE AND LIGHTING. HOME JUST REPAINTED WITH NEUTRAL COLORS, SO YOU CAN CREATE YOUR OWN PALETTE. FLOORS CURRENTLY HARDWOOD AND CARPET. MAIN LEVEL FAMILY ROOM HARDWOOD FLOORING WITH FIREPLACE.
$434,500 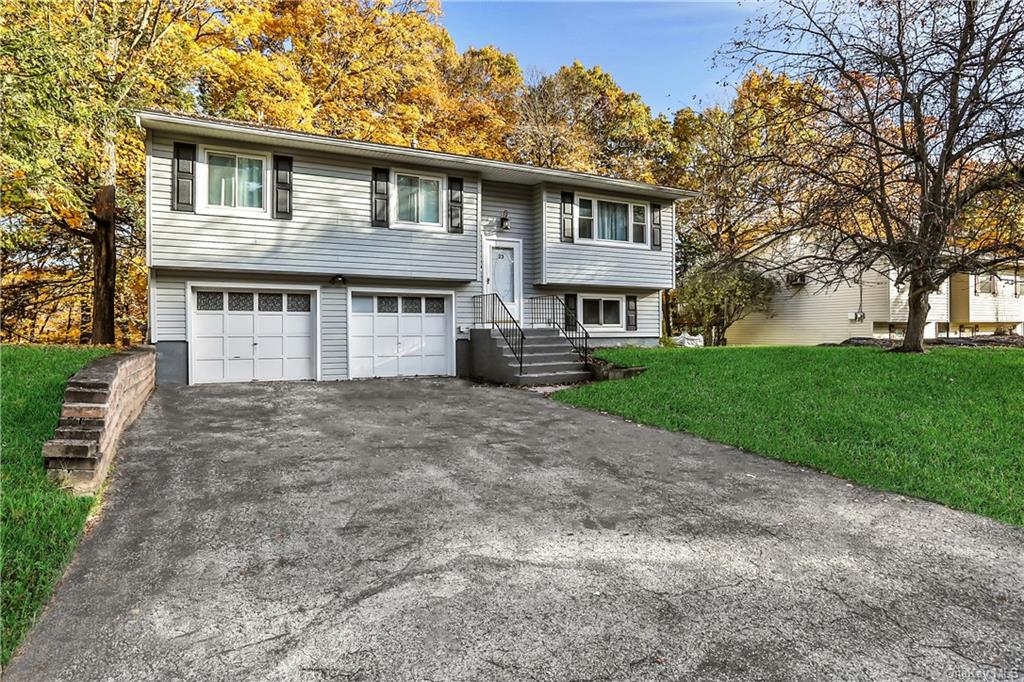 3Bedroom(s)
3Bathroom(s)
AttachedParking(s)
28Picture(s)
1,582Sqft
Beautiful, well cared for home in the Town of Poughkeepsie with Spackenkill schools. There are 3 bedrooms on the main living level and another bonus room on the lower level, as well as another living room area.
$410,000
61 Results returned.Per Page

About Leigh
Meet the Team
Why us

All data and information set forth on this website regarding real property, for sale, purchase, rental and/or financing, are from sources regarded as reliable. No warranties are made as to the accuracy of any descriptions and/or other details and such information is subject to errors, omissions, changes of price, tenancies, commissions, prior sales, leases or financing, or withdrawal without notice. Square footages are approximate and may be verified by consulting a professional architect or engineer. All rights as to photographs and graphics are reserved to Leigh Quintana, Keller Williams or Individual Agents. Customers should seek advice and proper legal counsel with respect to all closing costs, timing considerations, financing options, default provisions, zoning implications, renovation considerations, and appropriate transfer taxes. Keller Williams represents and has a fiduciary duty to those sellers with respect to Keller Williams exclusives. Keller Williams may act as a dual agent if another agent of Keller Williams represents the buyer or tenant. Keller Williams represents the buyer or tenant when showing the exclusive listings of other real estate brokerage firms.